← Click here to check the background of this financial professional.

In my last post I introduced you to Jason, who I’ve been mentoring for some time now. Today I want to tell you a little more about a conversation he and I had recently.

But godliness actually is a means of great gain when accompanied by contentment.

“I don’t want to keep going on like this,” Jason remarked as he continued to pour out his heart. “I’m talking about that hollow feeling on the inside that comes from constantly focusing on working hard and running the business, but always feeling like I never quite measure up to the business growth I desire or see others achieving. I feel like the amount of money I need to make is always beyond what I’m currently making.”

I asked Jason, “What do you mean by not measuring up?”

“As blessed as I am with marriage and family unity as well as financial provision beyond most families I know, I am constantly reminded that there are other men and women who are doing better than I am financially.  My thoughts are dominated by ’If I only had more money, then I’d be satisfied.’ Then, when I find someone doing worse than I am financially, I find myself struggling with pride.”

Jason continued, “I have a beautiful family. I live in a lovely home. My bills are paid. I’m putting money aside for retirement and my kid’s college. I have no credit card debt. My income and assets are above average. But there’s a bubbling dissatisfaction and discontent in my soul that is so unsettling. I yearn for a feeling of sufficiency and satisfaction in my life as it relates to money.”

I asked him, “What are you really desiring, longing for, craving and expecting?” “What are you treasuring in your heart above God?” I was praying that the Holy Spirit would give him a revelation of the ruling motives of his heart that were causing his emotional turmoil.

“I guess if I really think about it” Jason replied, “I’m longing for greater business success, building my retirement nest egg larger than it is now, and gaining and maintaining the respect of my friends in the Christian community.”

I responded to Jason, “God says in the bible that ‘godliness actually is a means of great gain when accompanied by contentment’” (1 Tim. 6:6). “Would you say that you have learned godly contentment?”

Jason replied, “I struggle frankly with discontent, envy and pride in my heart. I guess I really haven’t learned what I need to learn about godliness and contentment.”

Jason looked and acted calm and appeared to have it all together on the outside, but inside he knew better than anyone that he was raging with disturbance in his heart. His coveting for more, discontent, envy and pride were a warning of dis-ease in his heart.

Like most of us if we really search our hearts, Jason had been influenced by constantly wanting more. Instead of looking upward to the finished work of Christ for his sufficiency, he’d been seduced. Rather than listening to the “sound words, those of our Lord Jesus Christ, and with the doctrine conforming to godliness” (1 Tim 6:3), he was seeking outward prosperity, thinking this would satisfy him. His desire to please God (2 Cor.5:9) had been overcome by selfish desires. He had not denied God, but without realizing it, he was using God to fulfill his selfish sinful longings.

Together Jason and I read through 2 Corinthians 5:9 which says, “Therefore we also have as our ambition, whether at home or absent, to be pleasing to Him.” We also looked at 1 Timothy 6:6 which tells us that godliness actually is a means of great gain when accompanied by contentment. I asked Jason, “Do you really think you would be content and satisfied if you had more business success, more money and respect from your friends because of greater worldly accomplishments? Have you been pursuing and treasuring these things more than your quest to please and honor God?”

The Holy Spirit was working in Jason’s heart and he said, “Yes, if I am really honest, business success, wanting more money and the fear of man have become more important to me than pleasing God.”

Jason’s emotional tank was empty. He was living his life with a restless, dissatisfied, discontented feeling inside. He was in love with the values and pursuits of the world. He was seeking to gratify and exalt himself. His sinful desires for the things of this world were elevated above godliness and devotion to Jesus Christ. The predominant focus of his heart was the satisfaction of his selfish desires, rather than adoring and seeking to please God.

Jason’s very legitimate desire to obediently work hard to provide for his family had morphed into a preoccupation to make an ever-larger income. This desire for an increasing income was not wrong, but he had crossed the line, and “wandered away from the faith” (1 Tim. 6:10) and, in the process, pierced himself with many griefs. Those griefs manifested as inner turmoil in his thinking and emotions. His discontent robbed him of the peace that passes understanding that Jesus promised.

Jason confessed to idolizing money and worldly success, and received God’s cleansing and forgiveness (1 John 1:9). He realized it was time for him to change direction. To gain inner peace, he began running to God to meet his needs rather than running to money, things or the praise of men. When tempted toward anxiety and fear about his financial circumstances, Jason made the wise choice of confessing out loud promises such as Hebrews 13:5, “Thank you Lord that you have promised to never desert or forsake me. You are my helper, I will not be afraid.”

He wisely began focusing on his sufficiency in Christ and being grateful and satisfied with what he had, not captivated by what he didn’t have. He verbally confessed, “I rest in your sovereign control Lord. I choose to be content in my circumstances.” His relationship with Jesus began driving his thinking, emotions and behavior, not his worldly accomplishments. God’s Holy Spirit worked in his heart giving him the inner tranquility he so desperately desired. Godliness with biblical contentment brought great gain in his life (1 Tim. 6:6). This inner satisfaction was greater than anything the world could have provided.

Here are some Questions for Reflection

After reading Jason’s story, where are you in your learning about contentment? On a scale of 1 to 10, with 10 being tranquility in your thought and emotional life, a resting in God’s grace in your circumstances, and finding your sufficiency in Christ, where would you fall?

Are you prepared to honor God by working hard to provide for your family (1 Tim.5:8), but by also making a choice to replace any unhealthy desire for more in this world with expressions of gratitude to God for what you already have? 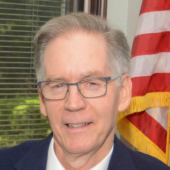 Self-Sufficiency: How being Poor in Spirit Can Make you Truly Wealthy

Purpose in Life is the Issue

Success! Now check your email to confirm your subscription.

Hello and thank you for visiting Wisdom for the Wealthy. My name is Don Roork, and as a Certified Financial Planner™ and Certified Kingdom Advisor™, I’ve been helping clients for the past 40 years to plan and pursue their financial planning goals and objectives.

Three years ago, in an effort to sharpen my skills in communicating biblical passages to better serve our client friends at AssetDynamics Wealth Management, I worked through a rigorous process to become an ACBC Certified Biblical Counselor. Our hope is that this training will enable to serve those we come in contact with in areas beyond financial products and services. We believe that helping others to live a transformed life that brings eternal rewards begins with a Gospel-centered, biblical approach.

The purpose of the Wisdom for the Wealthy blog is to communicate timeless and life-changing biblical passages about finance and money management.

Link to external websites. 3rd party links disclosure: Links to third-party web sites are provided as a convenience. FSC Securities Corporation (FSC) does not endorse nor support the content of third-party sites. By clicking on a third-party link, you will leave this website where privacy and security policies may differ from those practiced by FSC.

You have Successfully Subscribed!